What Powerful Golf Swings Have in Common

This is not only a key move for creating power but a fundamental part of a well-sequenced swing in general.

Often when we look at elite players' swings it can leave us chasing 'vapour trails! It is alluring to try and emulate certain aspects that catch the eye and stand out from other less effective patterns. One of the challenges with this (not withstanding the apparent body type and skill factors) is trying to decipher what is happening as the origin (the source movement)  and what is merely the reaction to something else within the swing pattern. 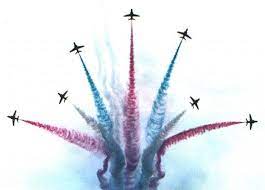 A great coach I used to follow, John Erickson, used to call this chasing vapour trails; the idea that you can copy a vapour trail but it will never give you a jet engine.

This is where insights from biomechanics like Dr Bull can lead us to the movement of origin that explains a number of other aspects in the swing that we relate to elite movers.

I've always been intrigued as to how powerful players like Justin Thomas below create huge width while also rotating their bodies with great force. Often, I see work with golfers who are hellbent on driving their body in the downswing but keep their arms too passive in the process. The result is a heavy narrowing of the swing arc and often the right arm gets stuck behind the ribcage.

Equally, we often see more novice golfers widen the swing arc without the rotation/lateral glide of the pelvis and this is our typical 'casting' pattern.

What we see with the animation in the video and with Justin Thomas below is the opposing forces of the pelvis rotation/glide in the direction of the target (which would narrow the swing) and the arms pulling the handle away from the body.

In the example below we can see quite clearly how Justin Thomas adds width with his arms while simultaneously rotating his lower half.

Advanced golfers often get this wrong by trying overly hard to create lag by pulling the right elbow into the side and in doing so losing the width in the right arm.

Do we Really Let the Arms Fall Down?

A concept that I have never been comfortable with is the idea that we let gravity be responsible for the club dropping down and on the inside in transition. This explanation again, describes the role of the hands/arms as being far too passive.  A move that would never result in the handle moving away from us, nor would it lead to the sort of swing speeds that are apparent at the elite level of the game. It is also noteworthy that a lot of the best players in the world have the hand-path move over the top of the upswing. ( Victor Hovland, Cameron Champ, Scottie Scheffler) That is not a passive falling motion in any way

To break your current well-learned pattern in transition you will need to swing slow and be very mindful of your first move down. Start with some gentle 3/4 shots and see if you can get the arms pulling away from the target while your lead hip moves towards the target. As always, filming the swing will give you great feedback.

We are serious about learning.

What Powerful Golf Swings Have in Common
swing technique
Oct 01, 2022
Check Points of a Solid Grip
technique
May 11, 2022
The Structure of a Repeatable Golf Swing
technique
Apr 23, 2022
Close